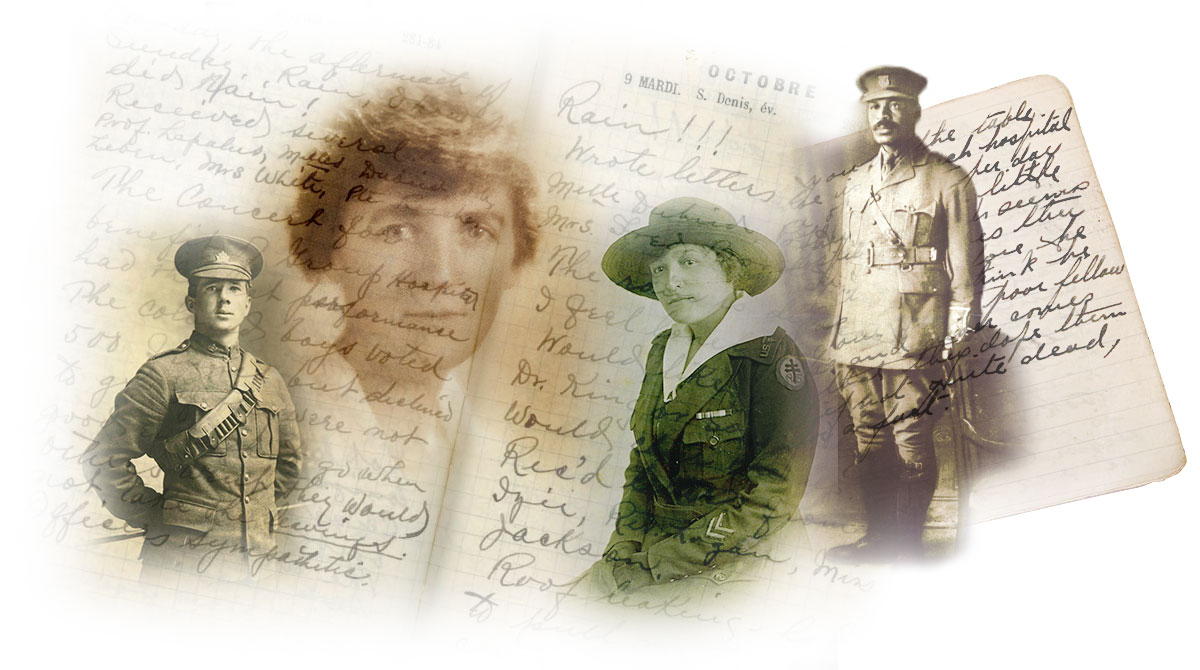 Welcome to the Operation Canada Digital Project, which explores the diaries of the First World War through the lenses of gender, race, and culture. We hope you enjoy the adventure of exploring the many thousands of pages written by Canadians overseas and at home during times of stress more than a century ago.

About The Operation Canada Digital Project

With the centenary of the First World War, a rush of new materials became accessible to the public and researchers alike, including the “war diaries” of Canada’s regiments that are available on the Library and Archives Canada website. These official war diaries are the confidential daily regimental logs written by officers of 893 units. There is also an equally vast body of personal diaries written by soldiers and war workers overseas and by home-front workers across Canada. The Operation Canada Digital Project aims to revise the category of the Canadian war diary to include culturally diverse frontline soldiers, surgeons, nurses, orderlies, and chaplains who wrote personal war diaries, even though this practice was officially discouraged or prohibited in certain instances. Furthermore, the project includes culturally diverse writers who spent the war years on the home front and whose diaries depict war work in factories, farms, churches, women’s institutes, the Red Cross, doctors’ offices, and university campuses. Together, the diaries that are part of the Operation Canada Digital Project represent an important part of Canada’s heritage. As a genre, however, the “unofficial” war diaries are largely untheorized. The Operation Canada Digital Project’s intervention has opened up a new domain of study by revising the traditional narratives of Canada's role in and contributions to the First World War.

The Operation Canada Digital Project database showcases nine diary authors: Allen Erastus Hager, Sol Eisen, Inga Johnson, Ruth Loggie, Charlotte Edith Monture, James S. Patrick, Percy Puley, Ella Isobel Rogers, and William Andrew White. The inclusion of this diverse set of authors aims to dismantle the binary between the male frontlines and female home front often created by official narratives, and to broaden our understanding of the war to include marginalized voices, such as those of First Nations people, people of colour, and other marginalized soldiers and civilians. Our team has built a digital database that includes high quality images of the physical diaries that these authors kept before, during, and after the war, as well as fully searchable text transcriptions of the contents within these diaries. We invite you to explore the resources available on this website, which functions as both an interactive research experience and a lasting memorial to those who served in the First World War overseas and on the home front. 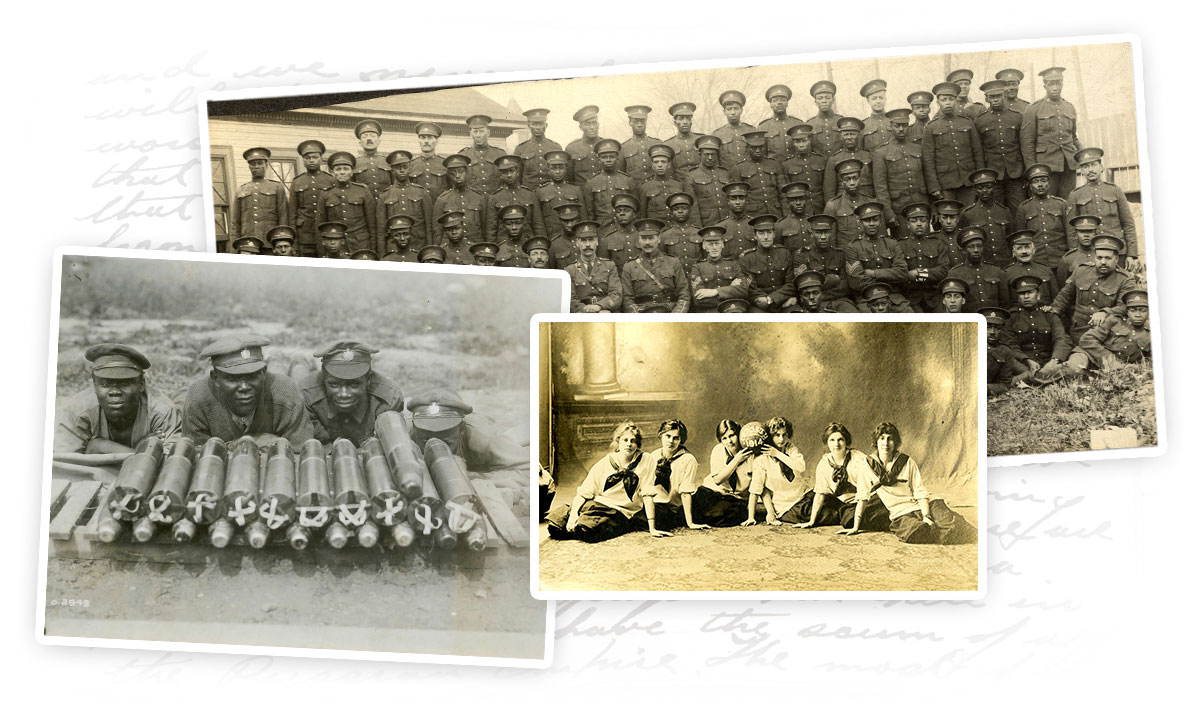